Year 3 Decide on a Celtic or Roman Way of Life! 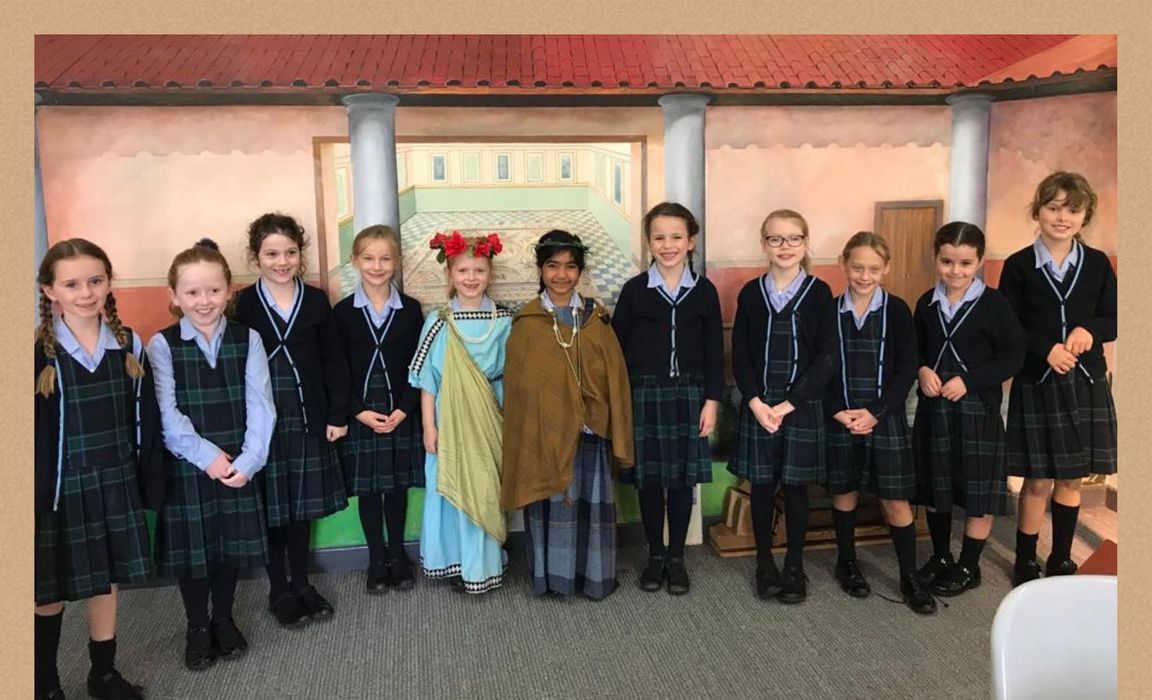 Year 3 travelled to Chichester in October to visit Fishbourne Roman Palace and study the Celts and Roman. It was a glorious autumnal sunny day and due to previous national restrictions, it was their first outing as a class and they were so excited!

Earlier in October, Year 3 went to Chichester to visit Fishbourne Roman Palace. It was a glorious autumnal sunny day and due to previous national restrictions, it was Year 3's first outing as a class and they were so excited!

They arrived by coach ready for their first activity. This was a film on how the amazing Roman Palace was discovered. The next activity was a workshop, in girls learnt about the lives of the Celts and the Romans that lived in the area, and what artefacts were discovered when it was excavated in 1960.

Afterwards, there were various activities which the pupils could get involved in. Firstly, they had to decide whether they were part of the Celts or the Roman way of life! Some of the activities the children were involved in required them to write their names in Roman letters on a wax tablet or write in ink pen using a quill. There were various games and puzzles for them to solve too. They also investigated how a Roman arch would have been built and how to assemble the tiles on a roof to make them waterproof. Later, they even discovered how to weave using yarn!

The highlight was of course when Aleeza and Elkarose were dressed in the ceremonial Celtic outfit (pictured).

Students were able to have a chance to look at the historical kitchen and debate whether this was possibly a Roman or Celtic kitchen. It was great fun grinding wheat into flour and preparing herbs and food. There was such a lot to do on the trip.

After lunch, the group went to view the amazing mosaic floor of Fishbourne Roman Palace and learn how the floor was heated. The class managed to sketch beautiful examples with the’ Cupid and the Dolphin’ floor certainly the main art attraction!

At the end of a lovely day at Fishbourne Roman Palace, everyone went exploring the beautiful gardens to find some very interesting and unusual herbs and flowers. A lot was learnt and there was plenty to take back to class to continue with the history project.