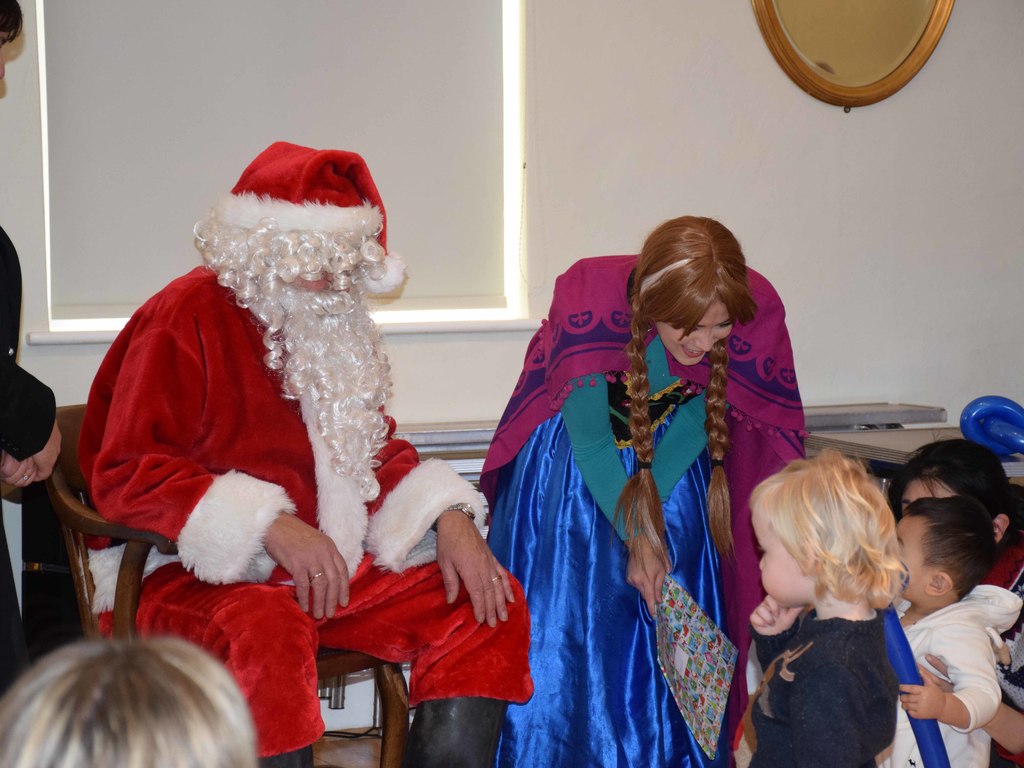 Children and parents enjoyed a Toddler Group Christmas Party with a difference today! Held in Arcot Hall by Manor House Nursery and Hartbeeps South Surrey with a guest appearance from Princess Anna of Frozen fame and Father Christmas...

Twenty two families enjoyed our Toddler Group Christmas Party this morning, which first took the children on a magical, sensory tour of Christmas with a fun and interactive Happy House session by Sarah and Keely of Hartbeeps South Surrey. This was followed by refreshments, at which point there was much excitement when Princess Anna of Frozen made a guest appearance!

Princess Anna sprinkled fairy dust in the hands of the little ones before joining them in making a wish for Christmas. Much fun was had in making balloon shapes with the Princess from Disney's 'Frozen' before everyone could suddenly hear the faint sound of bells ...! Sure enough, before long, Father Christmas arrived carrying a sack of personally labelled gifts - one for each child - which Princess Anna helped hand out to the waiting boys and girls.

Toddler Group will re-commence on Wednesday 15 January at 9.30am.

Wednesday 5 February 2020
9.15am for 9.30am start
Book your place by emailing: admissions@manorhouseschool.org