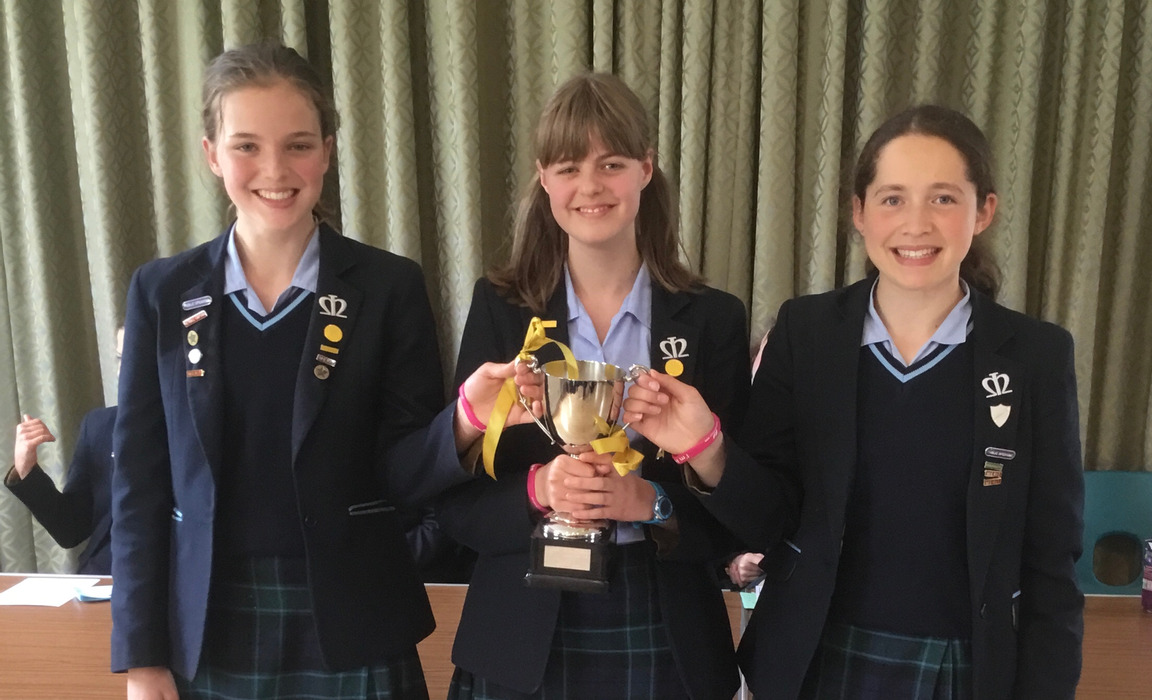 Endeavour House competed admirably against Discovery and Victory Houses to take home the winning trophy in the Inter-House Debate Competition this week ...

Earlier in the summer term, the English Department began discussing the possibility of hosting a school-based debate competition to replace the Rotary Youth Speaks Competition which could not take place this year due to national restrictions. Manor House senior pupils usually compete in the annual competition at local, district and national level and have had great success in previous years by winning places or achieving highly commended recommendations by judges at various levels. Senior pupil, Lottie, in Year 8 catalysed discussions by asking staff to host an academic, inter-house competition to supplement the extra curricular Debate Club in which a number of Key Stage 3 girls participate.

Mr Vinsen Tell, English Teacher, organised the senior Debate Club members into House Teams representing the 3 School Houses, Discovery, Endeavour and Victory and each group were asked to prepare their arguments entirely by themselves and attend the inter-house debate in Arcot Hall. The three debates were:

Discovery House – Detention Should be Banned

The Debate Competition was judged by Headteacher, Ms Fantham and Head of English, Mrs Lorenz and despite tough competition, we are delighted to announce Endeavour as the Senior School winners with their persuasive argument for the ban of capital punishment worldwide.

Manor House School has been running a Debate Club within the English Department for a number of years and Senior girls take part in regular competitions and debating opportunities. Our congratulations to Endeavour House!

Join us for a tour of the Nursery, Prep or Senior School

Pre-bookable self guided tours available from 10.00am