Despite the confusion surrounding GCSE examinations this year, there was much delight at Manor House School on Thursday 20 August when Year 11 pupils received their GCSE results, as can be seen in the image above. The uncertainty that has surrounded GCSEs over the past few months, and in particular, in the run-up to the publication of results was finally laid to rest. After teachers at Manor House went through a rigorous and robust process of centre assessed grading, the girls got the excellent set of results that they so richly deserved. 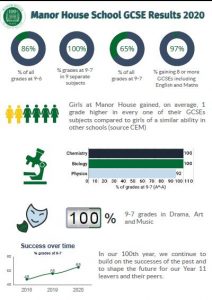 Manor House School pupils celebrated some excellent headline GCSE results in 2019 when over half of all GCSE grades achieved 9-7. This follows on from the school’s very successful GCSE results in 2018 and consistently strong GCSE performance in prior years.

Pupils progress onto a variety of local independent and mainstream sixth forms and colleges including Reed’s, CLFS, St John’s, Reigate Grammar, The Howard of Effingham, George Abbott and Godalming College.

MidYIS is a computer-adaptive assessment for pupils aged 11 to 14, that provides information to help identify a pupil’s strengths and weaknesses, and forecast how they are likely to perform at GCSE. Manor House School typically achieves at least 1 grade higher per subject than would have been expected for a pupil in their GCSE results, based on MidYis data.  Performance is on average over ½ grade higher compared to girls in other independent schools.

View our Academic Results Table 2017-2019 for performance on individual subjects. 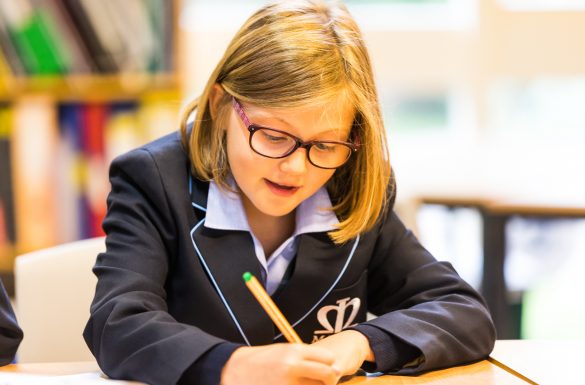