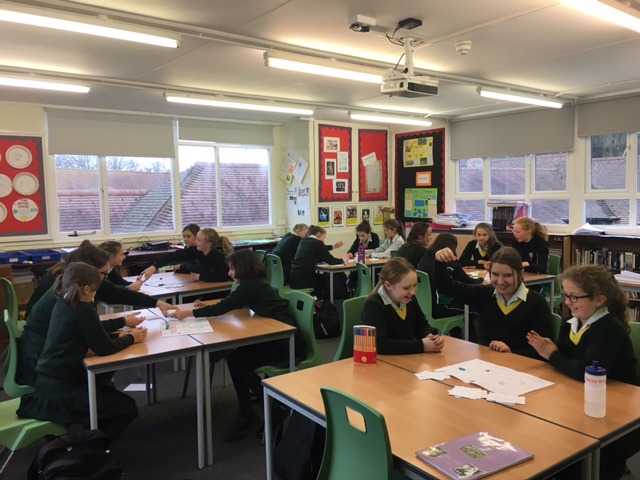 This week, Year 7 girls have been busy creating a board game to understand how the Church played an enormous role in people’s lives in the Middle Ages. Firstly they had to identify how the Church in the Middle Ages had power over the people, helped people and gave people hope. Using the information they had collected they made cards which would help them move forward or make them go backwards.  In the process of making the educational board game the girls discovered that the Church played a huge role in people’s lives from nursing the sick, and putting up travellers to taking 10 percent of all produce in a tax (tithe).   #ALoveofLearning