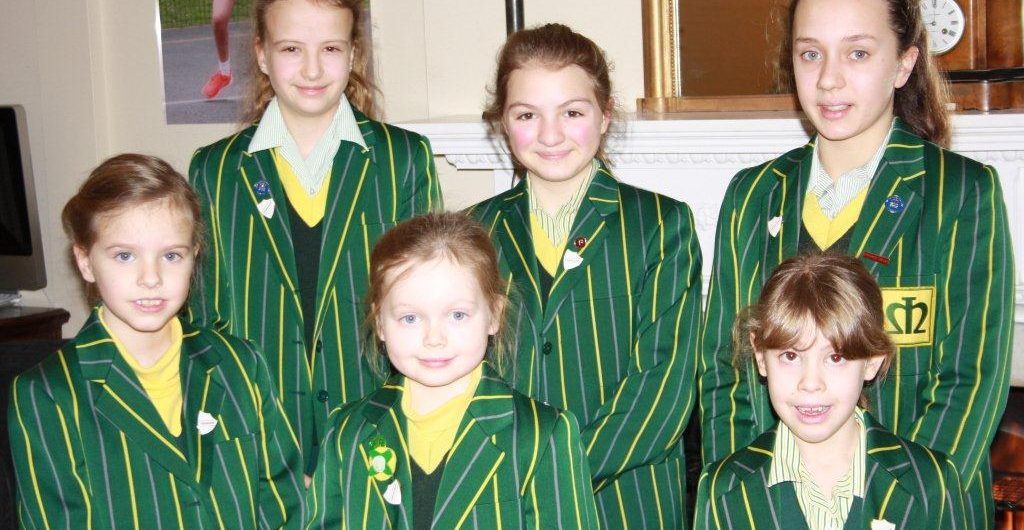 Years 10 and Year 11 have the opportunity to be ‘Supportive Friends’. This means they act as buddies to new girls and lead initiatives such as Anti Bullying Week and Comic Relief and they must make an application for the role. Every Supportive Friend does a weekly break time duty at Manor House School, Bookham and is on hand to chat to any girl who is feeling lonely or has a worry or concern.

Two years ago the Supportive Friends introduced Friendship Badges in order to recognise the importance of friendship and kindness to others. Twice a year all girls are invited to put forward nominations for these badges. These nominations are considered very carefully.

Last week the Supportive Friends held an assembly. There were over thirty girls nominated for badges. These girls had their names called out, stood up and were applauded. However, to keep the badges particularly special they are only awarded to people whose nominations really stand out. This time six girls were chosen, including two from Year 2. This was the first time Year 2 had submitted nominations so we were really pleased to receive them. Flo and Ella in Year 2 won praise for their kindness and thoughtfulness to others. Emme (Year 6) and Lucy (Year 3) each received three nominations – a brilliant achievement – and Louise and Holly (Year 8) were particularly praised for their loyalty, empathy and kindness. Well done to all these worthy winners.