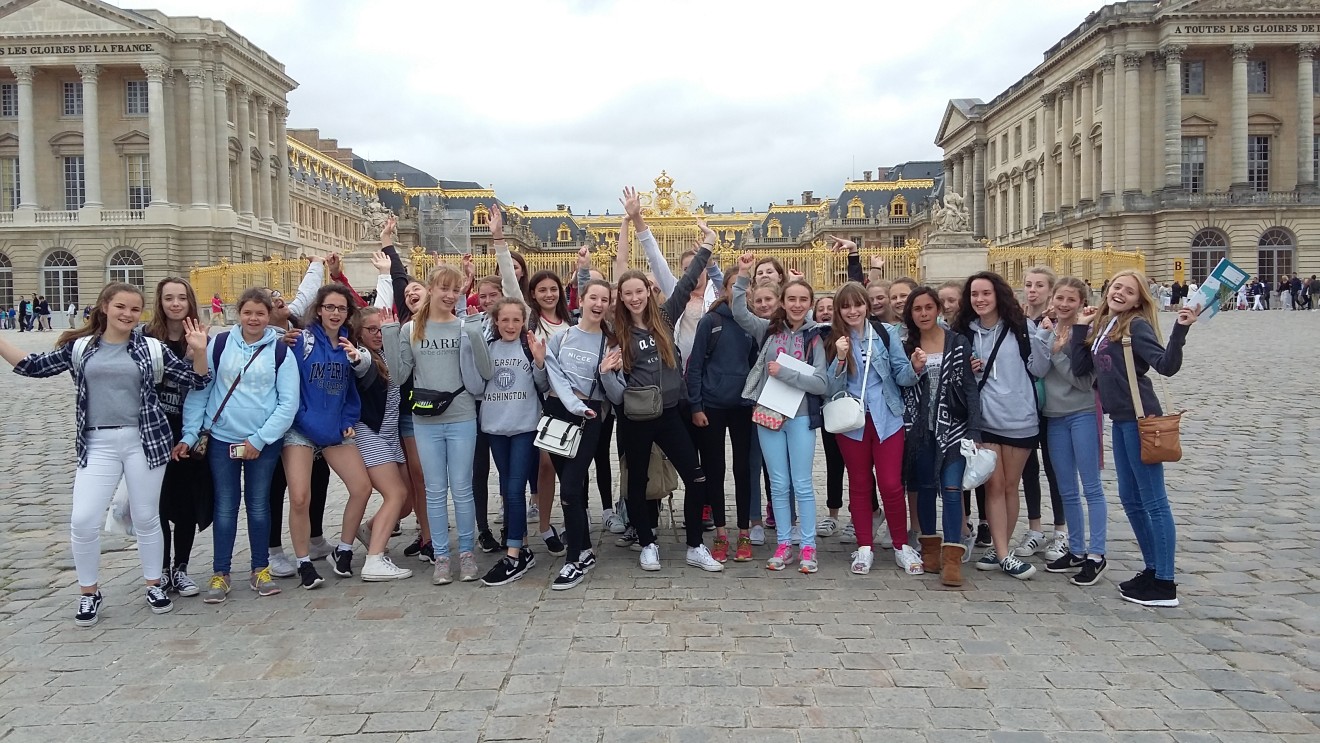 Their journey began on Thursday 30th of June 2016. Catching the Eurotunnel into the French capital, 33 of Manor House’s girls began their expedition into the Île de France and Normandie. The objective being for the girls to enhance their cultural knowledge, taste the cuisine, explore the French architecture and, of course, practice their French.

Day 1 found them at Monet’s Garden at Giverny, 70km from the centre of Paris. Monet moved to Giverny in 1883 and settled there for many years, developing his gardens and ponds. Monet developed and cultivated his environment to better serve his art and the surrounding water at his Giverny home is the reason for his Water Lilies period, spanning over 250 paintings. 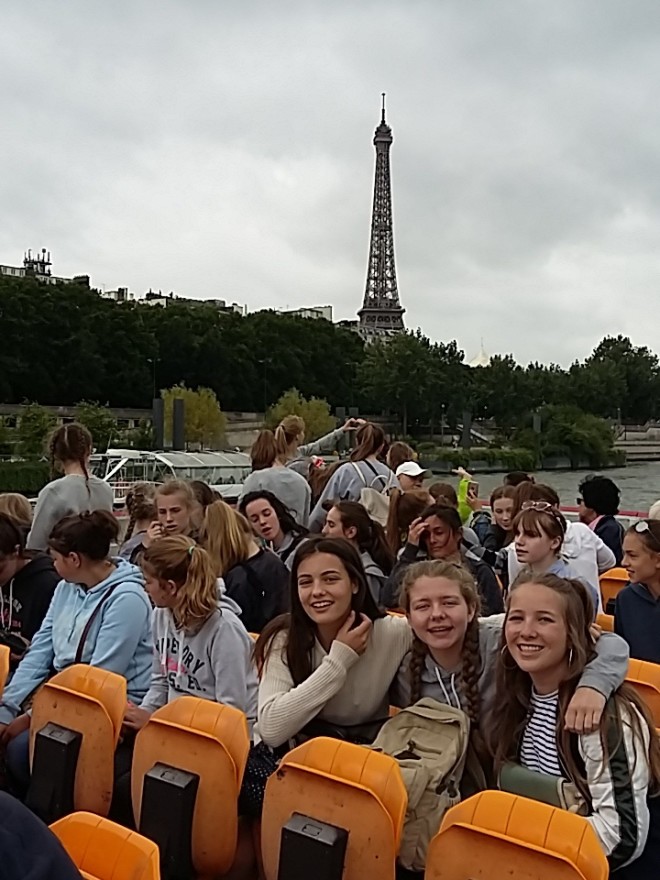 Throughout the trip, staff had arranged various competitions and challenges for the girls.  The pupils were challenged to ‘take the best photograph’ and Monet’s garden proved the perfect opportunity with each girl trying to take the perfect image.

After finding their accommodation, the remainder of the day was left to enjoying dinner and playing mini-golf with their enthusiastic ‘animateur’, Paul.

Day 2 saw the girls traveling into Paris via Bateau Mouche (river boat), east along the river Seine. The river Seine flows alongside some of Paris’s most iconic and famous landmarks. The girls, with photo challenges in mind, raised their cameras to Notre-Dame, the Eiffel Tower and the Louvre. Later that day the girls visited the Arc de Triomphe and the Palais de Versailles, ending their tour of Paris’s beautiful architecture and history for the day.

Another day, another challenge; the third day tasked the adventurers to ‘find the perfect crêpe’ whilst enjoying the day at Parc Astérix. The Adventures of Asterix is a series of French comics that has been popular since its creation in 1959. Parc Astérix is one of the most visited theme parks in France with around 1.6 million visitors per year. Whilst the girls failed to find or taste any of the crêpes on offer, they did manage to ride the new, whirling attraction at Parc Astérix – Discobélix!

On the fourth and final day, the girls visited Rouen where they could get an up close look at Notre Dame. Notre Dame was completed in 1345 and is a one of Paris’s most architecturally stunning buildings. Later, the group visited the market and purchased over 3 kilos of peaches, several mammoth slices of watermelon, cheese, bread and a roast chicken! 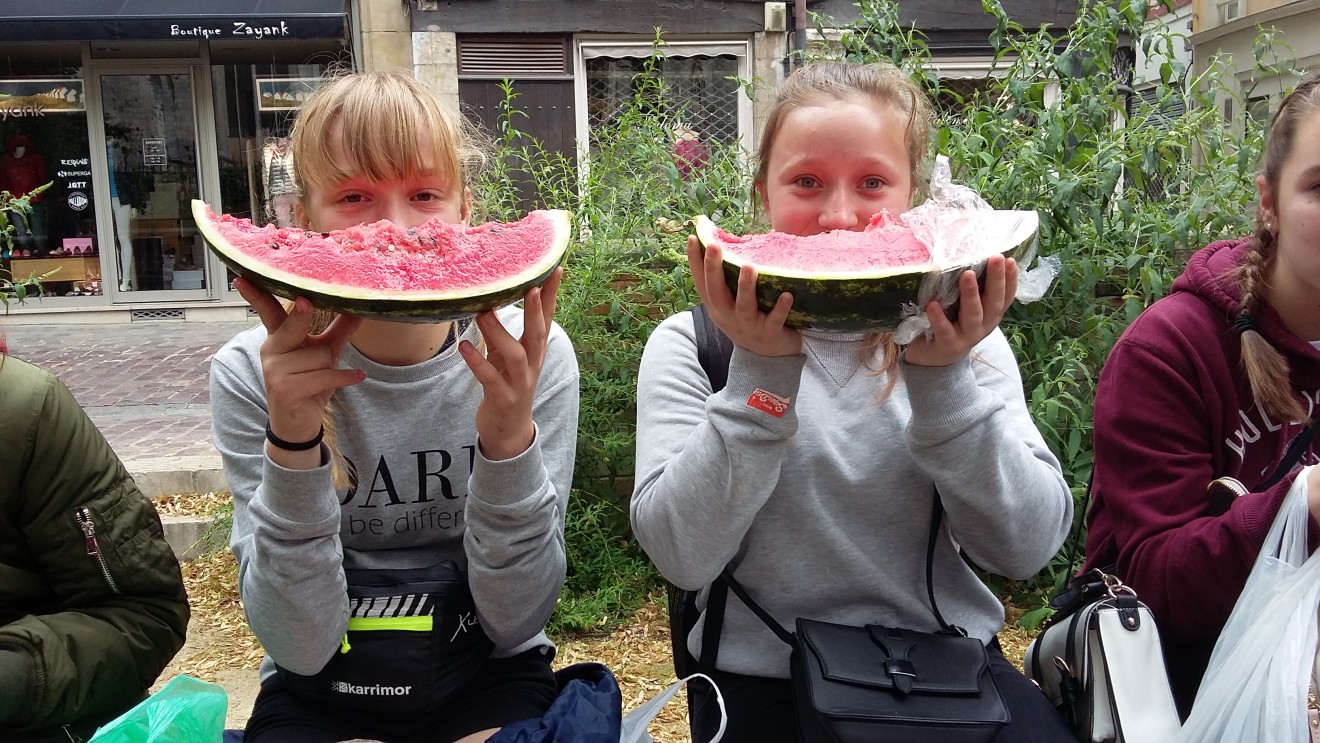 Departing back to the UK, a short detour to Wimereux was called for, just 30km from their Eurotunnel crossing at Calais. This quick chance to take in the stiff sea breeze, with a stroll along the beach, returned more than the group had counted on –   they finally found the chance to complete their challenge to find the perfect Nutella crêpes.

A huge thank you to Mrs Diprose and Mrs Peel and the other staff who helped arranged the trip.