The Magic of Neverland

What better way to end the academic year than our Junior Drama Production of Peter Pan at Manor House School? As a moving, timeless story, Peter Pan was chosen for this year’s performance because it was felt that it would suit the talents of the Year 6 girls who traditionally take the main parts as well as offering plenty of challenges for the other year groups. 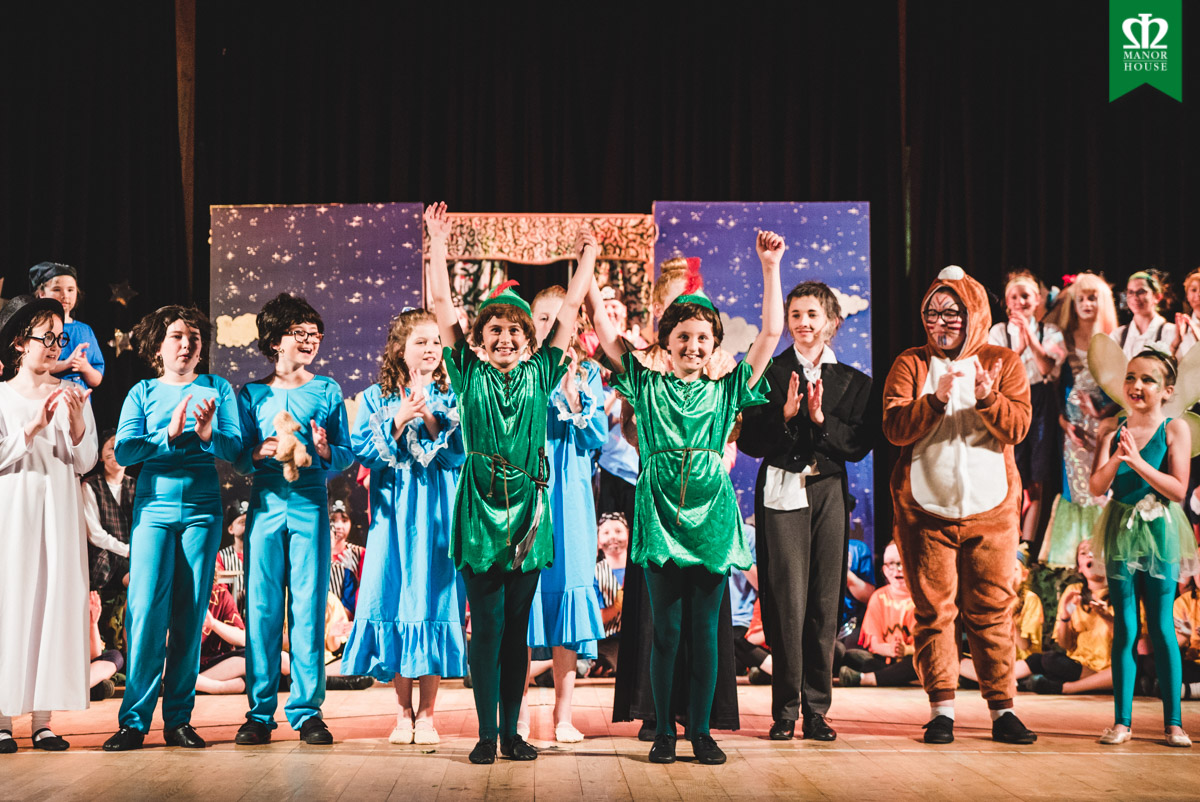 Every Junior pupil had a part to play and worked hard to learn their lines and song words, which delivered an exceptional standard of performance on both Wednesday afternoon and evening.

This year, the leading role of Peter Pan was shared between two pupils, Chloe and Mae. The pair have been friends since joining our Nursery and it was lovely that they were able to share the part between them. 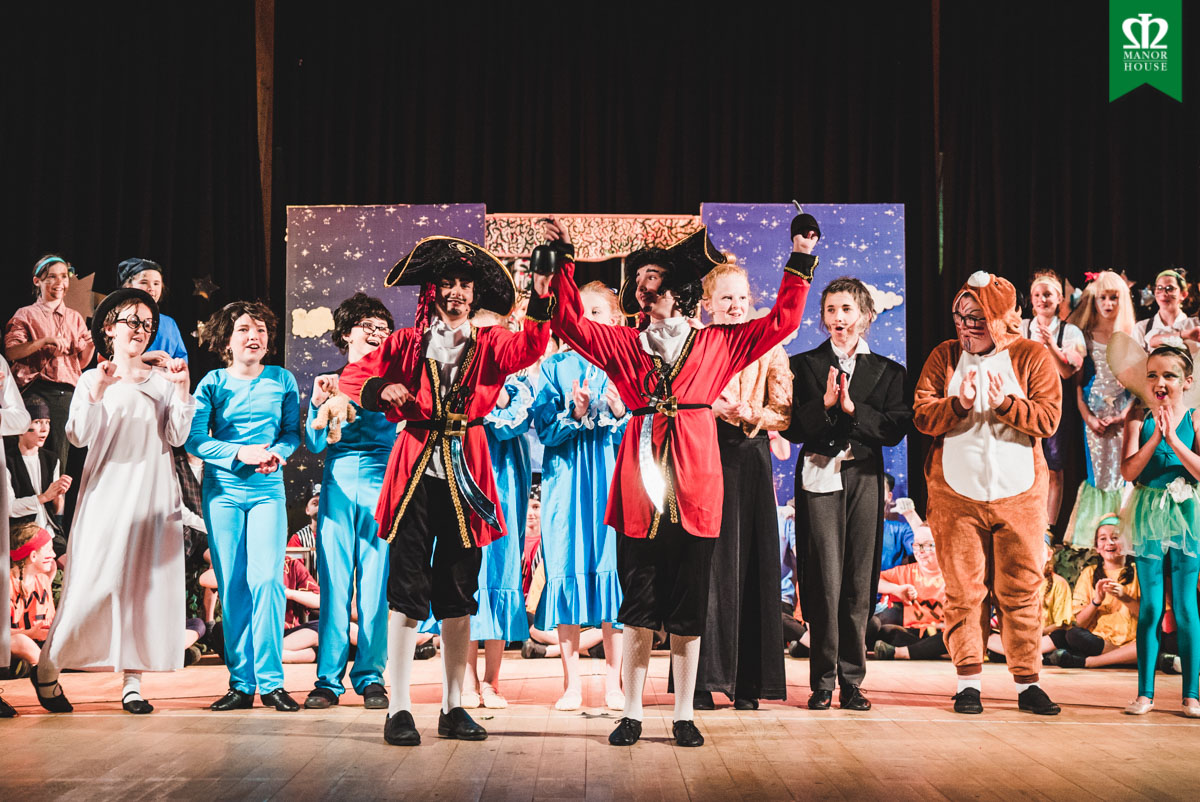 Captain Hook, arch enemy of Peter Pan, was immortalised on stage by Amica and Lily who captured the audience’s attention with their strong performances of cunning and trickery.

Year 3 masterfully portrayed The Indians; a group stuck in endless conflict with The Lost Boys until everything gets turned on its head when Peter Pan rescues Tiger Lily from Captain Hook and his Pirates.

Year 4 starred as the infamous Lost Boys, artfully portraying the ragtag group of young boys led by Peter Pan. The Lost Boys ruled Neverland, or at least tried to, until the arrival of Captain Hook and his gang of evil Pirates.  Year 4 had big boots to fill with the Lost Boys but they performed brilliantly and each student brought their own individual personality to the roles. 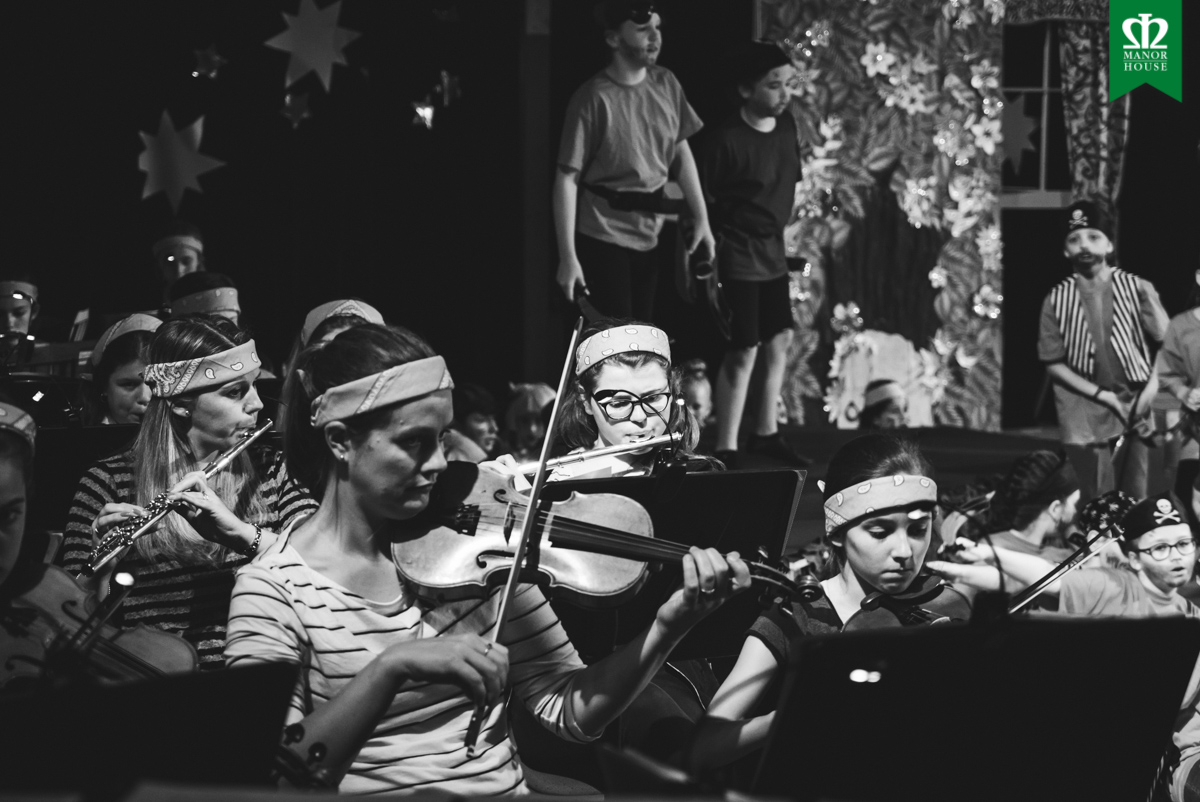 Captain Hook’s following of pirates were skilfully performed by Year 5. Each and every pupil enhanced the performance with their individual nuances and personalities and captured the spirit of the gruesome group, to whom Peter Pan and the Lost Boys meet their match.

The evening’s performance perfectly encapsulated the Manor House spirit and the girls entertained family, friends and staff in a magical way.

You can find the full gallery of images from the evening by following this link.