Manor House School is celebrating after becoming one of the first in Britain to perform Billy Elliot The Musical.

Girls played all the parts – with the lead role of Billy being taken by Year 10 pupil, Hannah Vick.

All three nights were sold out at the selective independent school for girls at Bookham near Leatherhead.

Manor House was officially licensed to put on the production. It marks the fact that Billy Elliot The Musical is currently on tour around the UK following its West End triumph.

Manor House School’s Head of Drama Mrs Teresa Williams praised her students: “Our production of Billy Elliot has been a treat for all that have seen it.

“There were exceptional performances from all the lead parts in some challenging dance scenes,” she added.

The production was all-inclusive. Every girl was welcome to take part – from scenery making, to operating the sound desk, to make-up, singing, dancing, acting and playing in the orchestra.

“Every pupil gets involved in some way. It helps to create the through-school environment that makes Manor House special and promotes friendship across the year groups,” said Mrs Williams.

Drama plays a key role at Manor House School because it helps to improve the girls’ confidence and communication skills.

Manor House School will be holding open mornings on April 26 2016 and October 1 2016. Families are welcome. 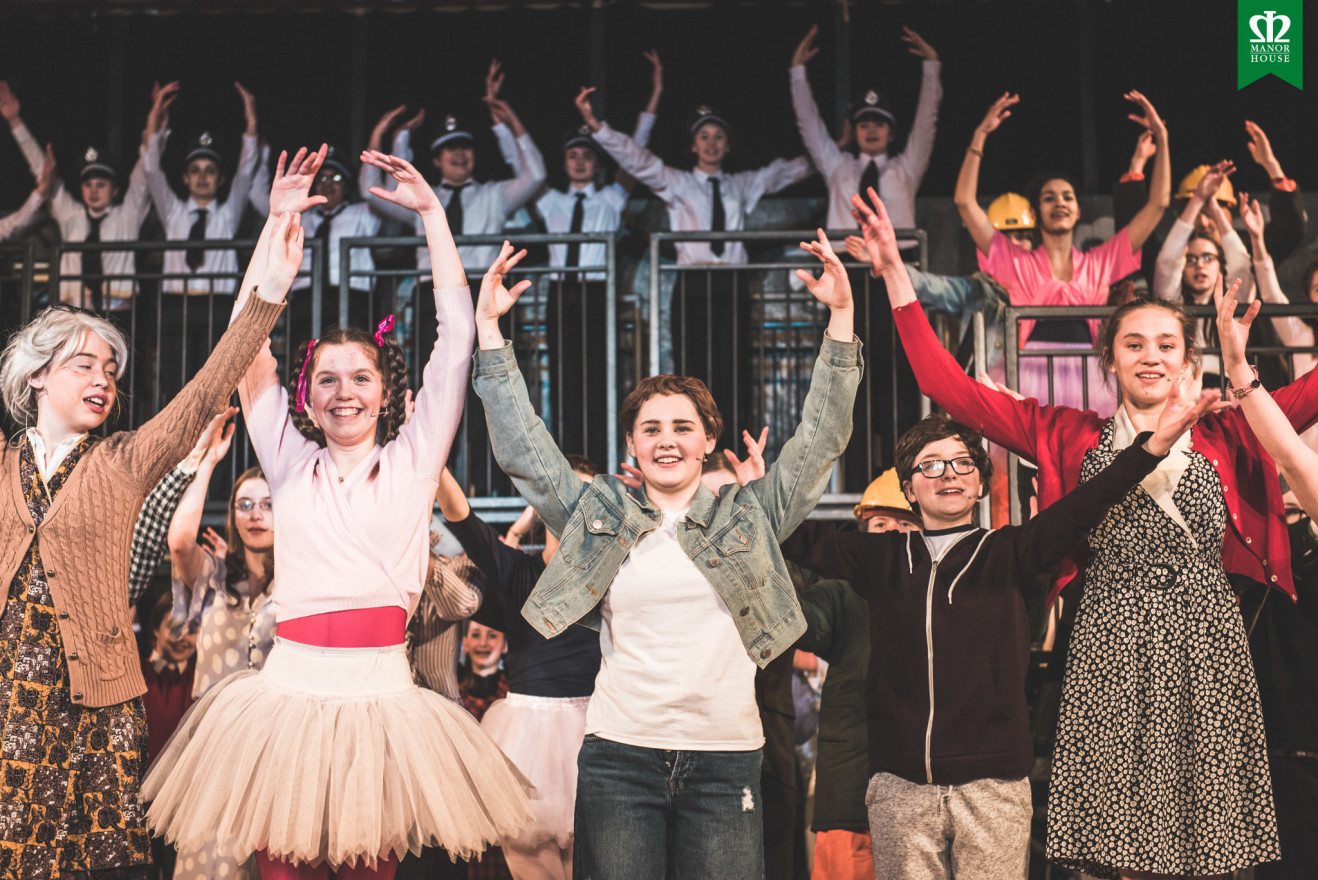