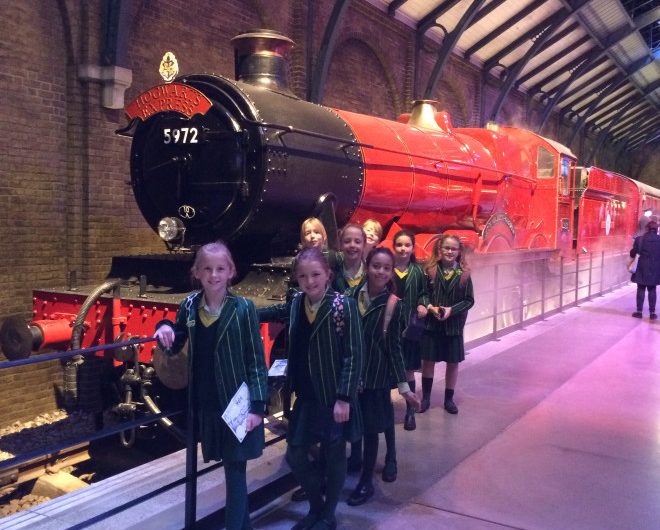 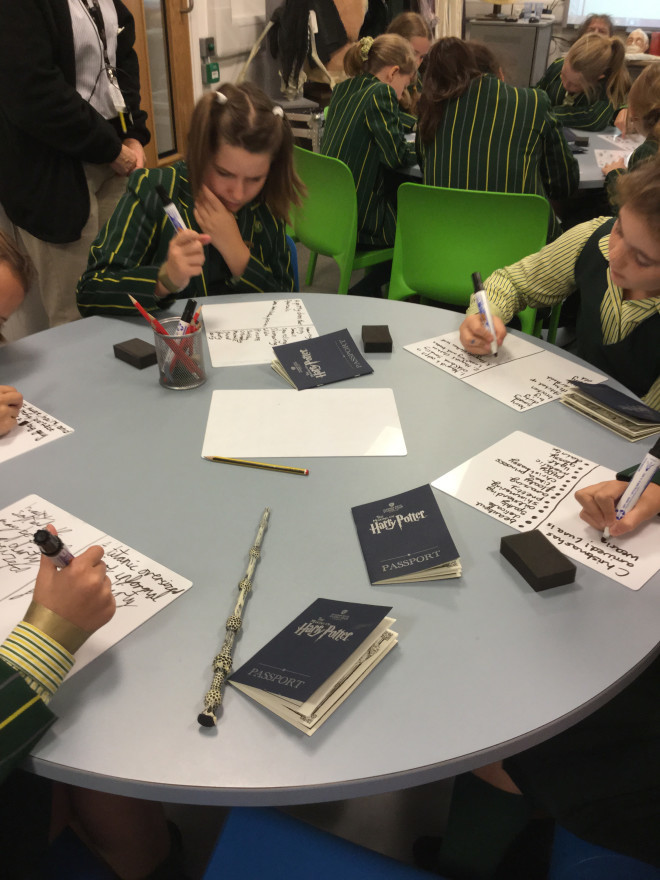 On Tuesday 13th October, the Junior girls went to the Warner Brothers Studio Tour – The Making of Harry Potter in Watford.

The girls got to experience the magic of filmmaking first-hand on the unique studio tour, which showcases many iconic props, costumes and sets that were used in the original films. This is a must for any Harry Potter fan!

Some girls took part in an art and design based workshop, where they were taught that a costume is more than just an item of clothing. During the workshop, the girls learnt about how characters are dressed depending on their personalities.

The girls had to guess information about the character just through touching the fabric of their costume. The group were given a costume characterisation sheet which had space for 5 little bits of material to be stapled on it. The girls chose their own fabric samples in order to design a character back at school using the knowledge that they learnt during the trip.

Other girls took part in an English based workshop, led by the Educational Team at the Studios. During the workshop, the girls were encouraged to come up with their own original idea for a film and how to condense this into a manageable pitch.

The teams initially looked at costumes from the film and had to come up with exciting adjectives to describe each item of clothing. Each team had to present their pitch and the winning team won a special badge.

One of the costumes that the girls looked at was Hagrid’s. His huge trousers, which could fit two children in, surprised most of the girls: “Helena and I fitted inside Hagrid’s gigantic scruffy trousers – they were that big!” said Ania, J4D. 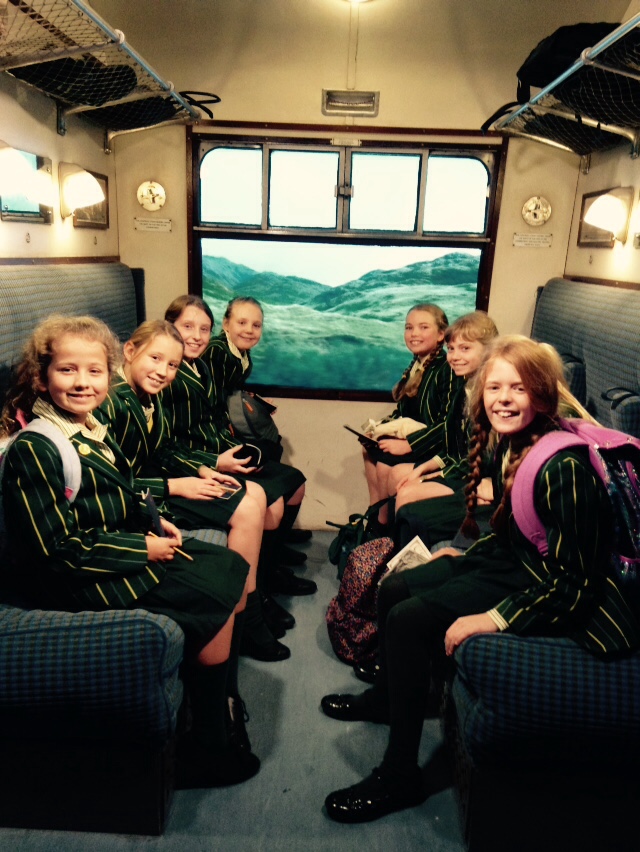 The girls enjoyed collecting special stamps in their Harry Potter Tour Passports and counting golden snitches whilst on the tour.

They saw everything from the boy’s dormitory to the potions room, pushing a trolley into platform 9 ¾ and sitting on the seats of the Hogwarts Express.

Walking into the Great Hall was a favourite for many of the girls. Fleur from J4D said “I loved the experience of walking through the Great Hall at Hogwarts.”

Overall, it was a magical, informative and memorable day had by all.

More quotes from the day:

“I actually saw where Harry, Ron and Hermione sat on the Hogwarts Express – amazing!” Jessica, J4D

“The studios definitely reached my expectations! That was one of the best days ever!” Alice, J6R

“I really liked Diagon Alley because of the cobbled stones on the floor, but I also liked the train compartment when the Dementor popped up – I almost fell out of my seat!” Hattie, J3D

“I loved The Making of Harry Potter, it was so much fun. If you haven’t been, you should go.” Pheobe, J 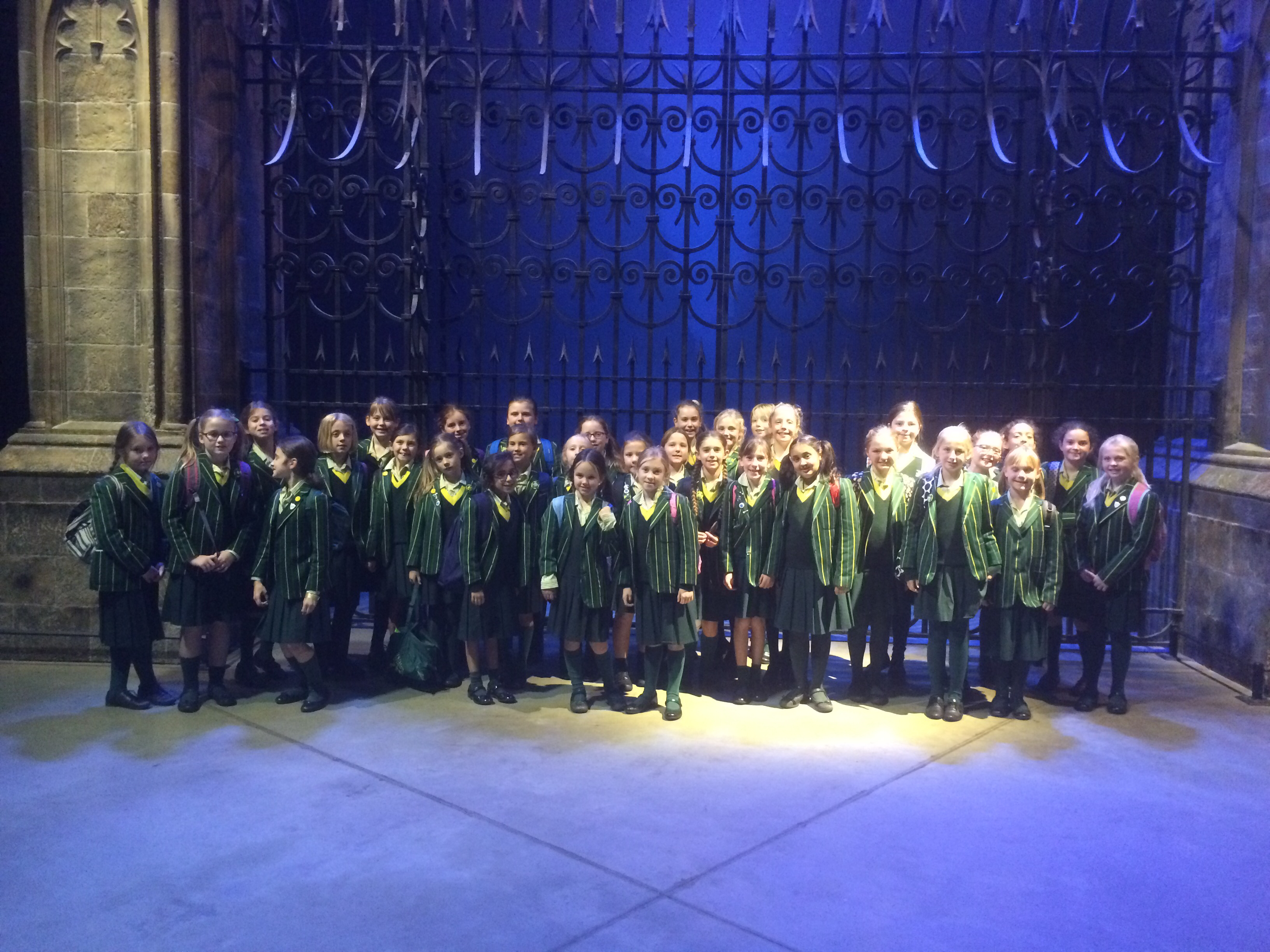