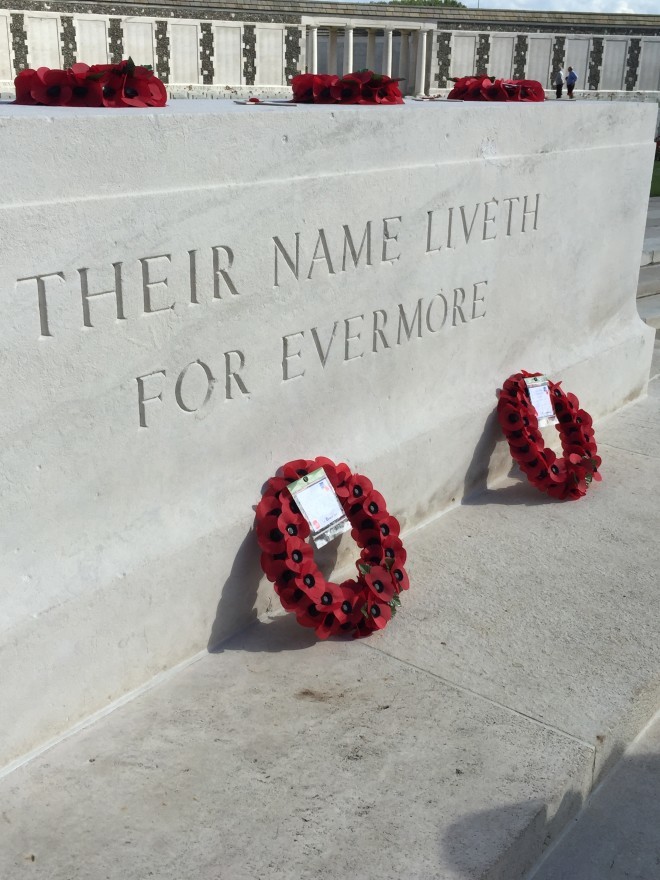 Last Friday, Year 9 visited the Battlefield sites of Ypres. This was a cross-curricular     educational trip used to enhance their learning of World War 1 in History and English.

It was a gloriously sunny day and despite the frustrating experiences at the Eurotunnel at both ends, the girls certainly seemed to gain a great deal from the experience.

Once into Belgium, our first stop was Lijssenthoek Hospital Cemetary where we learnt about the medical services and Nurse Nelly Spindler, who was fatally wounded whilst seeing to the British soldiers. Emily Davidson was pleased We then visited Tyne Cot Cemetery which is the resting place of 11,954 soldiers of the Commonwealth Forces. It is the largest Commonwealth military cemetery in the world and the girls were moved to see the huge amount of unnamed gravestones which only contained the tragic words of ‘A soldier of the Great War’. The girls laid a wreath with Abigail Bryne and Michaela Clarence. saying some touching words.

The Memorial Museum Passchendaele was our next visit. This museum keeps the memory alive of the Battle of Passchendaele, where in 1917 in only 100 days half a million casualties fell for only eight km’s gain of ground. Mrs Horrocks’ Father, Arthur, accompanied us on the trip and was thrilled to see as an exhibit the 6 inch Howitzers guns that his Father, Reginald Montague Topp, had used in the war. During the 1st WW his Father had served in France as a bombardier with the 74th Battalion of the South African Heavy Artillery and upon surviving the war was awarded the Military Medal, War Medal and Victory Medal. The girls also enjoyed walking around some re-created dug outs and learning about trench warfare from Mrs St Johnston. 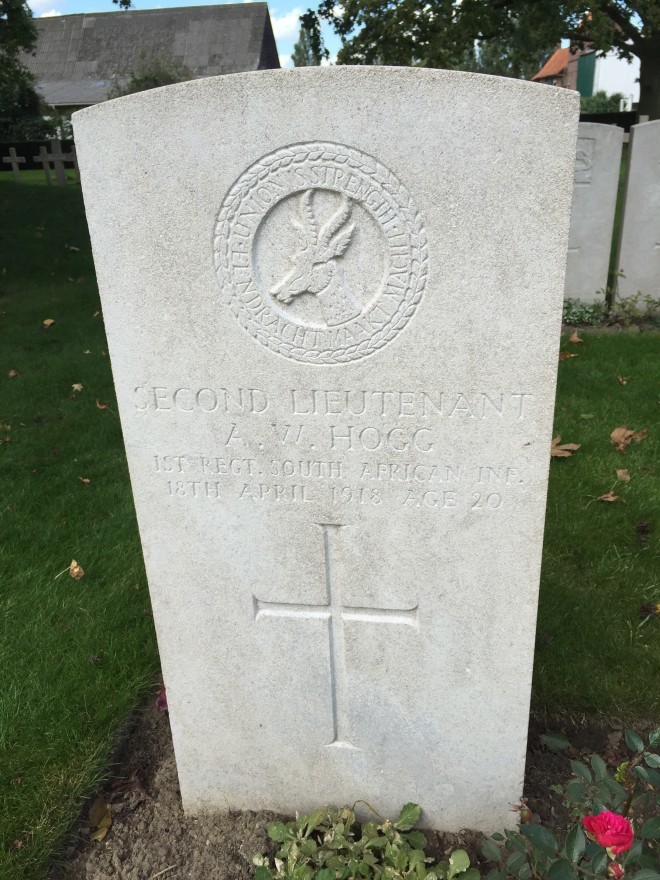 It was early evening when we came back into Ypres, a beautiful city that had been turned into rubble during the war and sympathetically rebuilt since. We read two poems at The Menin Gate – ‘On Flanders Fields’ by John McCrae and ‘Suicide Trenches’ by Siegfried Sassoon.

Then it was onto the chocolate shop to stock up, a great highlight of the day, followed by chicken and chips: Belgium-style!

We ended our time in Belgium by visiting Essex Farm where we learnt about two Doctors who lost their lives at the Medical Station there. It is also where John McCrae wrote his poem ‘On Flanders Fields’.

We returned to school in the early hours of the morning having been severely delayed at Calais. The girls were commended on their impeccable behavior and have all agreed since being back at school that it had still, most definitely, been worth it!