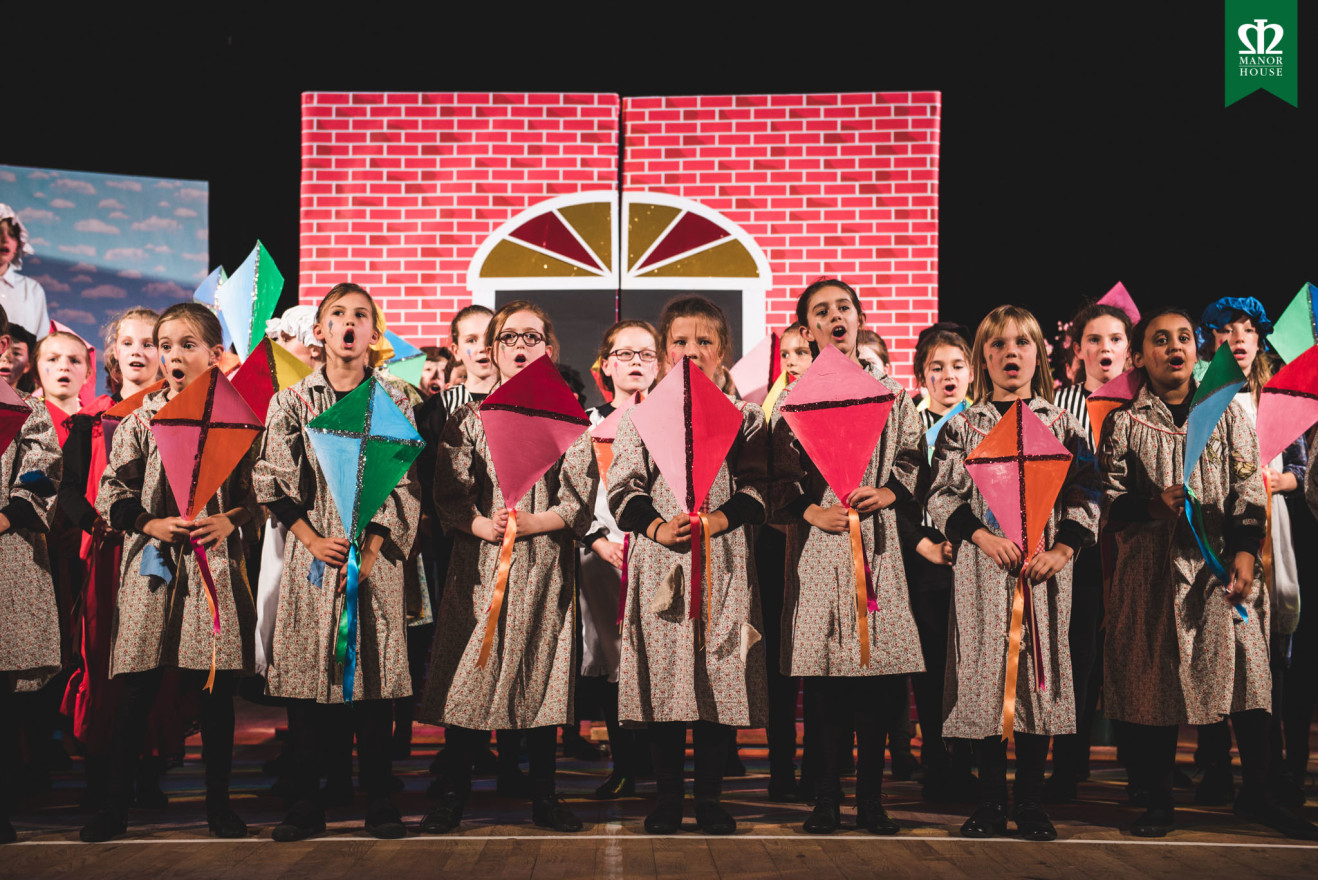 The academic year has come to an end, and what better way to round off the term than with the Junior Production of Mary Poppins!

The Junior Department are renowned for their fantastic productions in the past, including Chitty Chitty Bang Bang, Annie, Peter Pan and The Lion King.

All of the girls in the Junior School had the opportunity to get involved, with our Year 6 girls taking the main speaking roles and Years 3 to 5 forming the rest of the cast. This included the lively and enthusiastic chorus, with cameos, involving singing and dancing with kites and brushes! 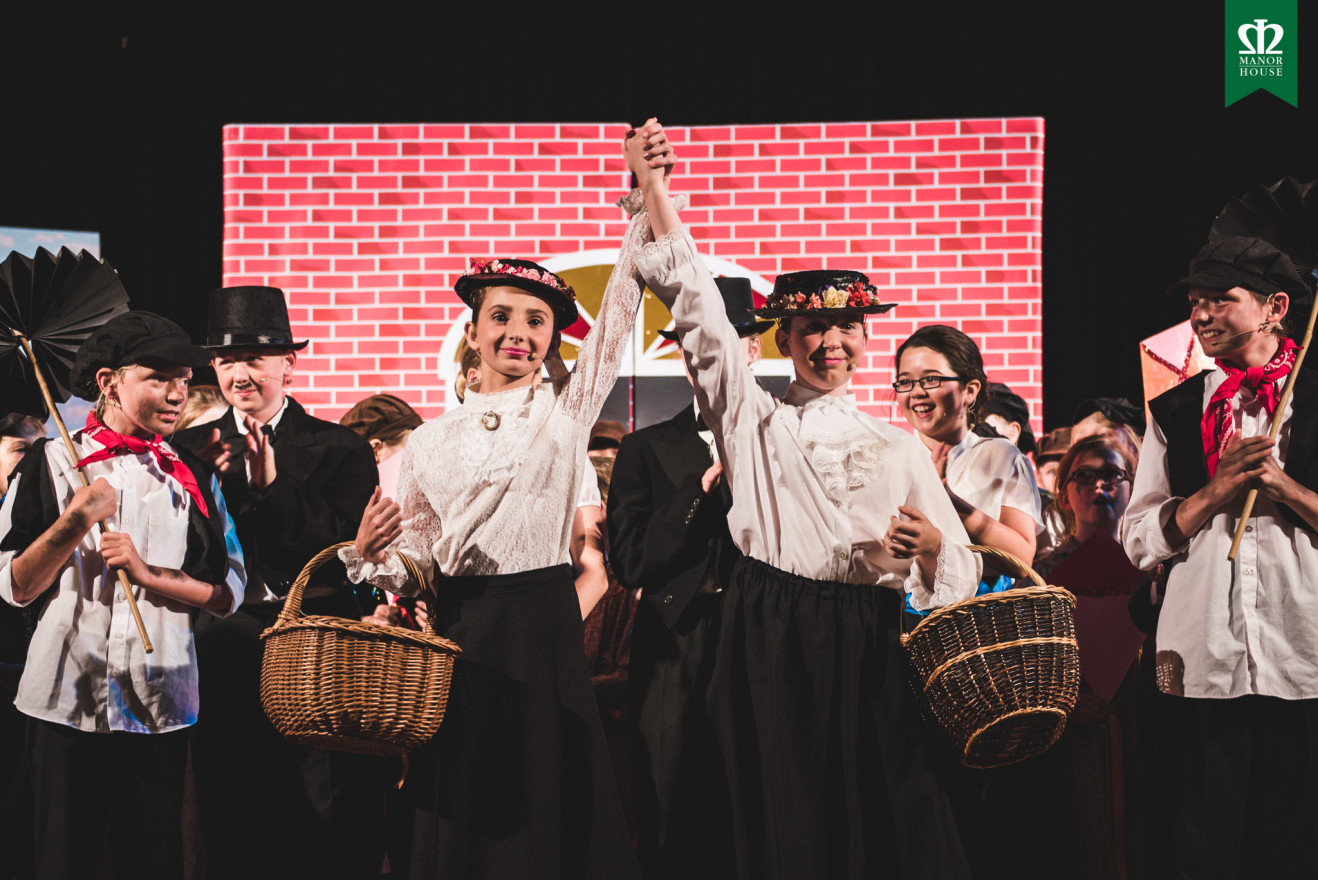 The props, such as the chimney sweeping brush and kites for the dance routines, were made with Junior staff throughout the Summer Term. It is this care and attention that really helps the girls to get involved and feel included throughout the entire production.

The role of Mary Poppins was shared between Emily B and Elizabeth C, both of whom performing admirably and were practically perfect in every way!

Complete in their penguin costumes, the senior girls, staff and parents formed the 16 piece band. The band consisted of a range of abilities, from beginners to grade 7, with the arrangement carefully considered to suit their skills. 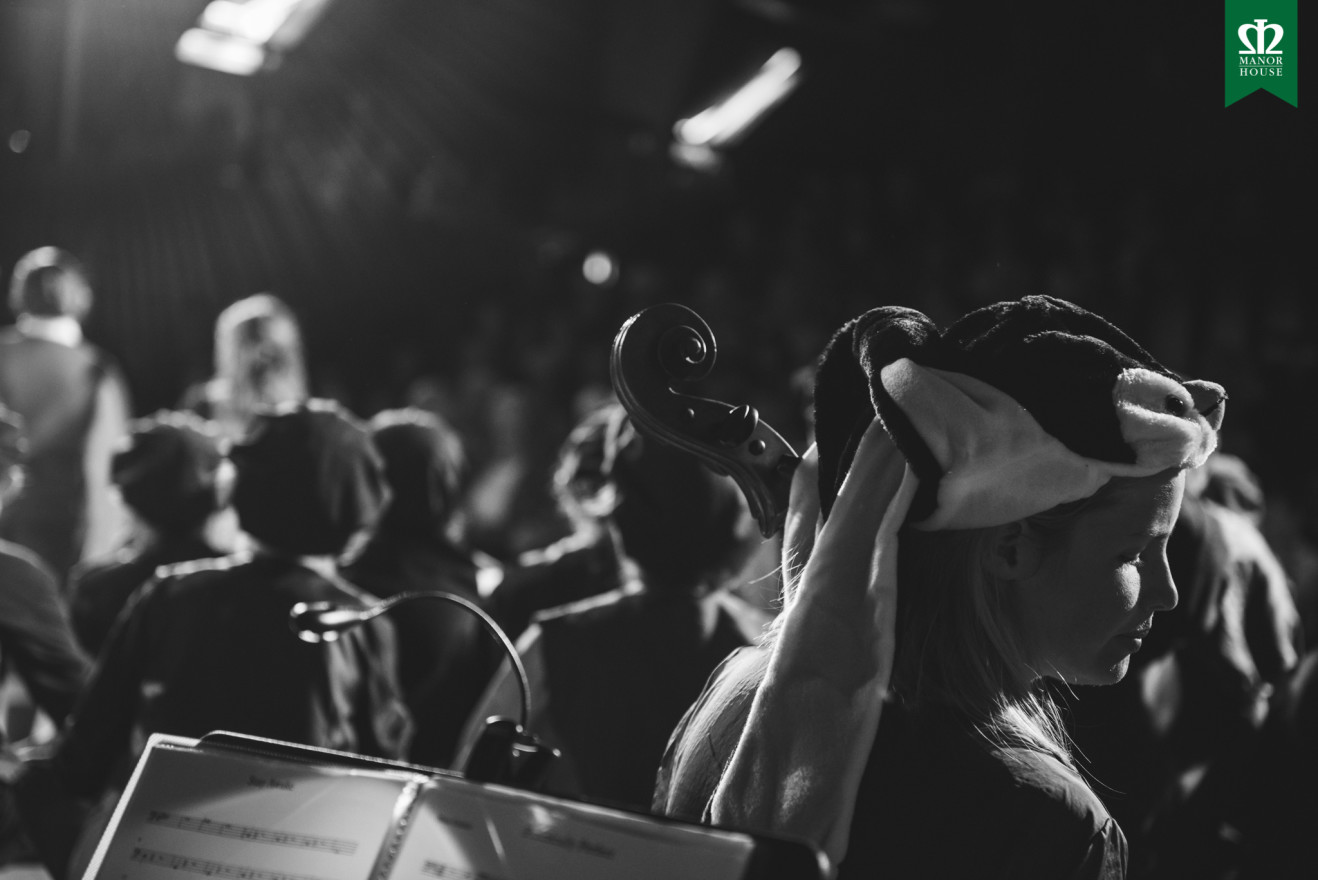 The expertise of the Junior and Senior drama staff, including West End quality choreography by Lucy Holloway and vocal coaching from Jan Lewis, ensured that all song and dance routines were performed to a very high standard.

Supercalifragilisticexpialidocious was a particular crowd pleaser!

The girls brought some audience members to tears with their beautifully executed nostalgia-filled performances. It was lovely to see every single girl happy and giving their all. 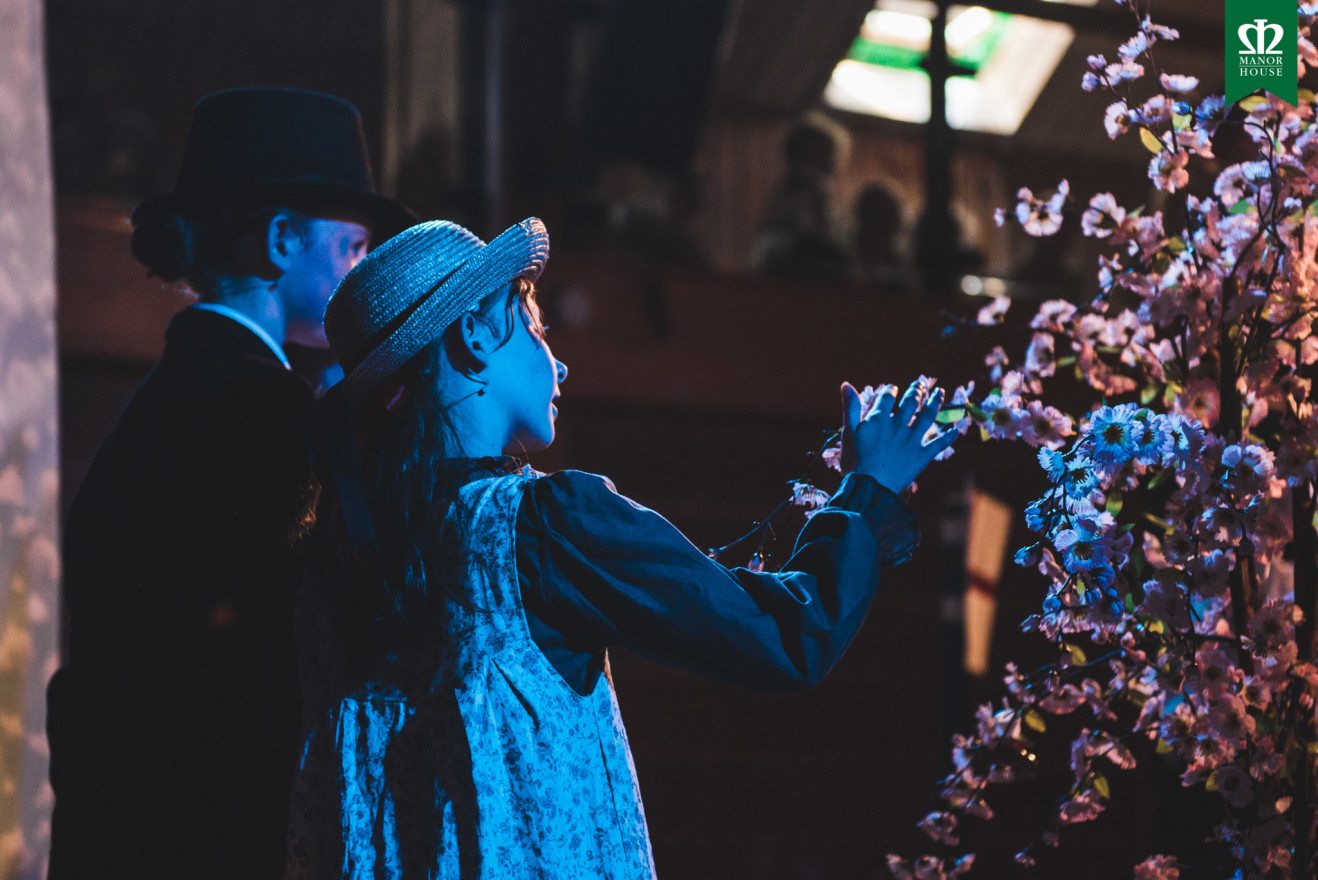 Behind the scenes, we had current Year 10 student and future drama prefect, Erin M, running the lighting desk, alongside Year 11 girls and sound technicians, Abbie C and Amy N.

All of the girls thoroughly enjoyed taking part, with Georgie from Year 3 saying how sad she is that it was all over.

Don’t worry – it won’t be long before the next production starts!