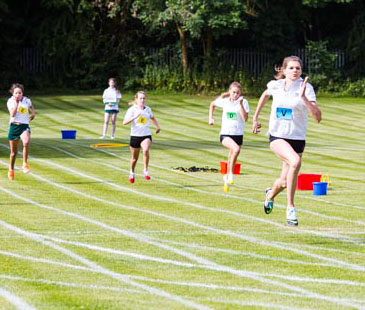 The first athletics match of the season was against Claremont and City of London Freemans School (CLFS). There were individual wins from Gracie S, Molly M, Abby M, Hollie H, Jemma W and Megan F, as well as the U14 & U16 relay teams.

We also had a junior match against CLFS, in which there were wins from Lucy S, Zara B, Georgie A, Chloe B, Natasha G and Alice P, as well as the Year 3, 4 and 6 relay teams. The overall scores were a win to the Year 3 and 4 teams and the Year 6 team lost by just 3 points.

The seniors took part in a match at Epsom College, with fantastic wins from Hollie H, Emma H and Jemma W. Manor House School were 3rd overall in both age groups.

The District Athletics involves 17 schools from Central Surrey, meaning a potential 34 competitors in each event, with points only scored for being in the top 8.

We had a number of scorers across both age groups and there were wins from Hollie H, Jemma W and Jemma W as well as the U16 relay team. The overall team scores were 3rd place to the U16 team and 6th to the U14 team.

If the girls are particularly successful, they will be selected to represent Central Surrey at the Surrey Schools Championships in June. Hollie H, Alicia P, Jemma W, Jessica H, Emma H, Louisa W and Jemma W were all selected.

Congratulations to all involved!