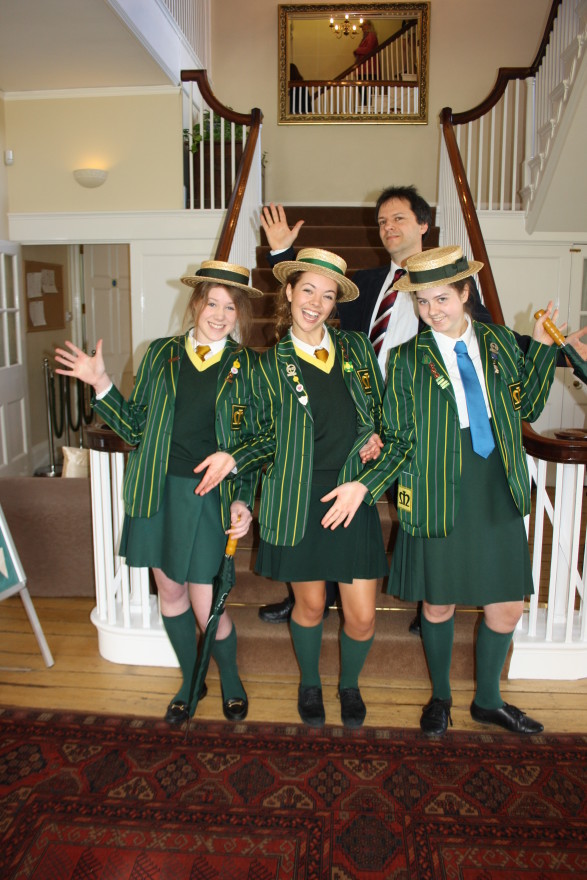 Manor House School has been donating clothes to the Queen Mother’s Clothing Guild (QMCG) for many years.

The QMCG is a charity set up to provide clothing for a number of registered charities – such as London City Mission, Robin House Hospice and Kids Company. In 2014, QMCG was granted Approved Activity Status by the DofE Award Scheme and distributed an astonishing 21,126 items to 55 charities throughout England and Scotland. The QMCG boasts a very rich history since it’s formation in 1882 by Lady Wolverton.

The girls learned a great deal about Victorian philanthropists during the AGM at the Lansdowne Club and were made to feel very welcome by all of those in attendance.

Following tradition, the girls took advantage of their trip to London by doing a spot of high-class window shopping at Harrods and taking tea at Fortnum and Mason’s. They also enjoyed travelling around by black cab and the tube, as well as on foot.

The girls made a distinctive contribution to the London fashion scene in their straw boaters and Manor House School blazers.